You are here:
Media Hits 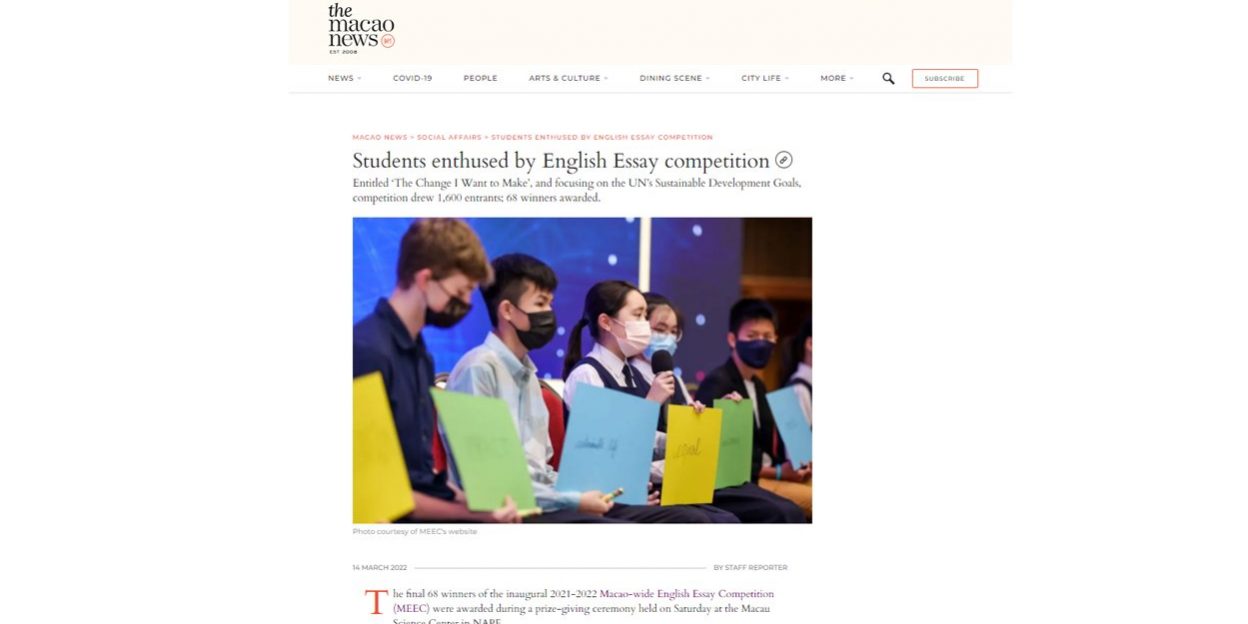 The final 68 winners of the inaugural 2021-2022 Macao-wide English Essay Competition (MEEC) were awarded during a prize-giving ceremony held on Saturday at the Macau Science Center in NAPE.
The competition themed “The Change I Want to Make” focused on the United Nations’ 17 Sustainable Development Goals (SDGs) and drew more than 1,600 students from 53 local schools to submit their entries.
The competition consisted of four categories – college, high school, middle school and upper primary. The winning essays were compiled into an essay collection.
Speaking after the ceremony, MEEC Chair Sandy Leong remarked that the competition was a way for the association to “engage with the students of Macao” as well as to ask them what change they want to make in society.
Leong also said that by joining the competition students could learn about the SDGs and think about the ways they can contribute to society. Leong added that she believes that “we ourselves can be the instigator of positive changes”, which will “trickle down into bigger positive changes, and that’s how as a community, we can build a better future together”.
Leong also remarked that the association was happy for the support that they received, adding that the number of students who took part is “a testament that people find this topic really important”
The competition was organised by the Macau Speech Professionals Association , supervised by SDSN Youth Hong Kong and with the United Nations University Institute in Macao as its advisory body.

The Macao News is a media partner of the Macao-wide English Essay Competition. Thank you for supporting us! 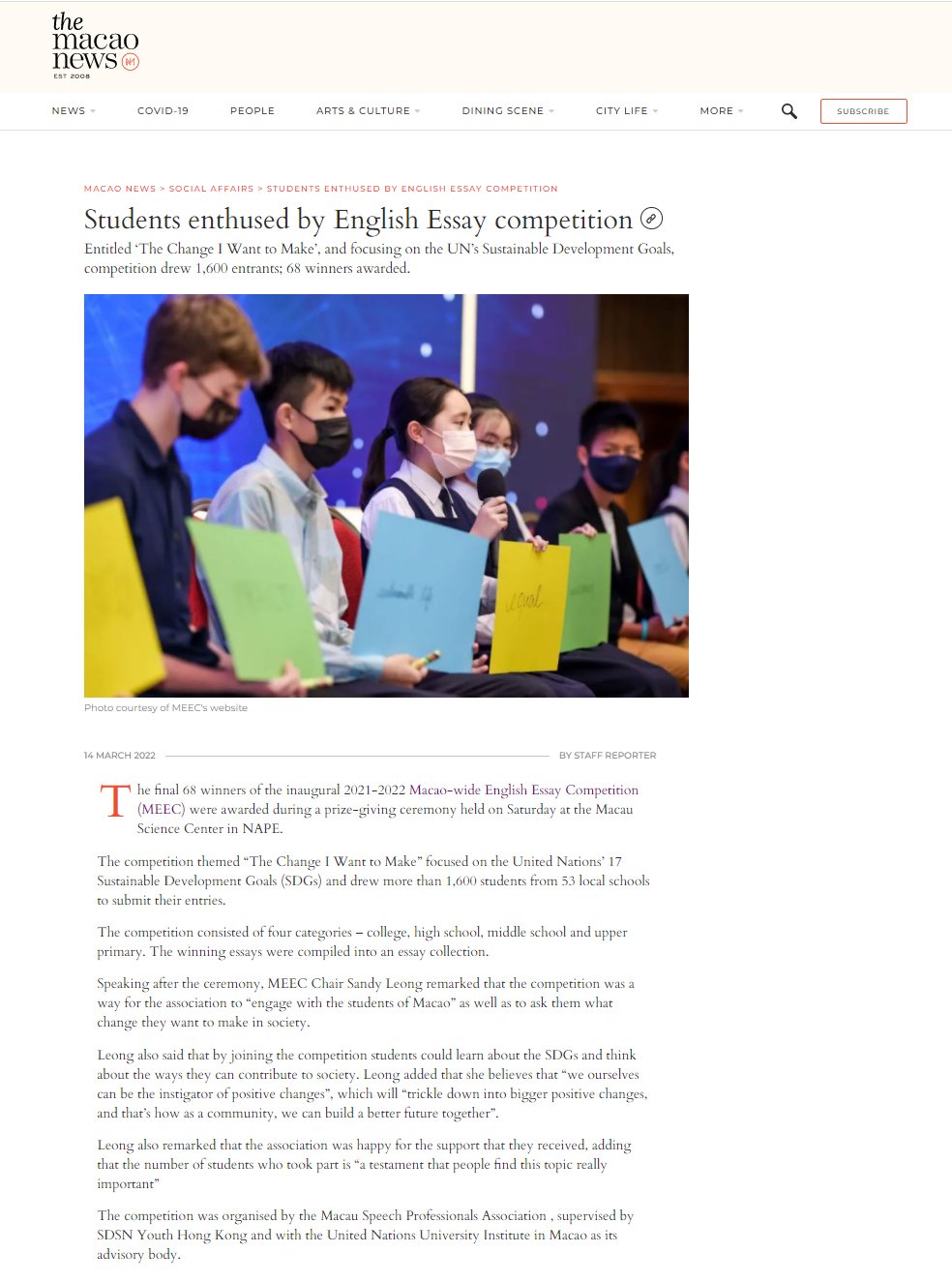